Triopetra is located about 52km south of Rethymno and 13km southeast of the village Akoumia, at the foot of the mountain Siderotas. It can be accessed by car, through paved roads that start either from Akoumia or Sachtouria. Triopetra lies in the central part of a long beachfront, called Akoumiani Gialia, (i.e. Akoumia Beach). This is named like this because the wider area of Triopetra was once the winter sheter of Akoumia village residents, who had built small cottages to spend the night near their olive groves. Today the land is still owned mostly by the residents of Akoumia and thus, most, hotel owners originate from the same village..

Triopetra consists of two beaches, which are separated by a small peninsula. At the edge of the peninsula, in the sea, three majestic rocks rise. Triopetra is named after these rocks, since it means “Three Rocks”.

The first beach, known as Small Triopetra (or Koumado), is located in a closed sandy and rocky bay, south of the three rocks. In its southern end flows the river Akoumianos. This river separates Triopetra area from the magical beach of Agios Pavlos Sandhills at Cape Melissa. On the beach there are a few rooms and taverns, and umbrellas are offered. The area also hosts a small harbor, in the southeast part of the beach, called Stomio (mouth), named after the "mouth" of the river reaching the sea. 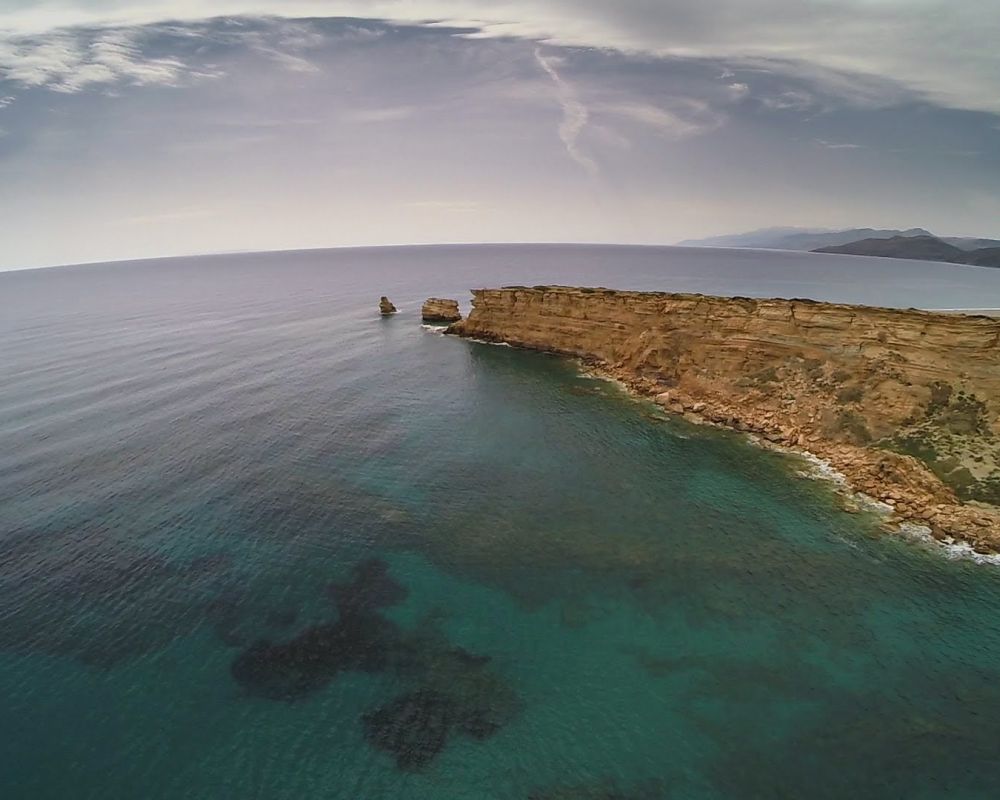 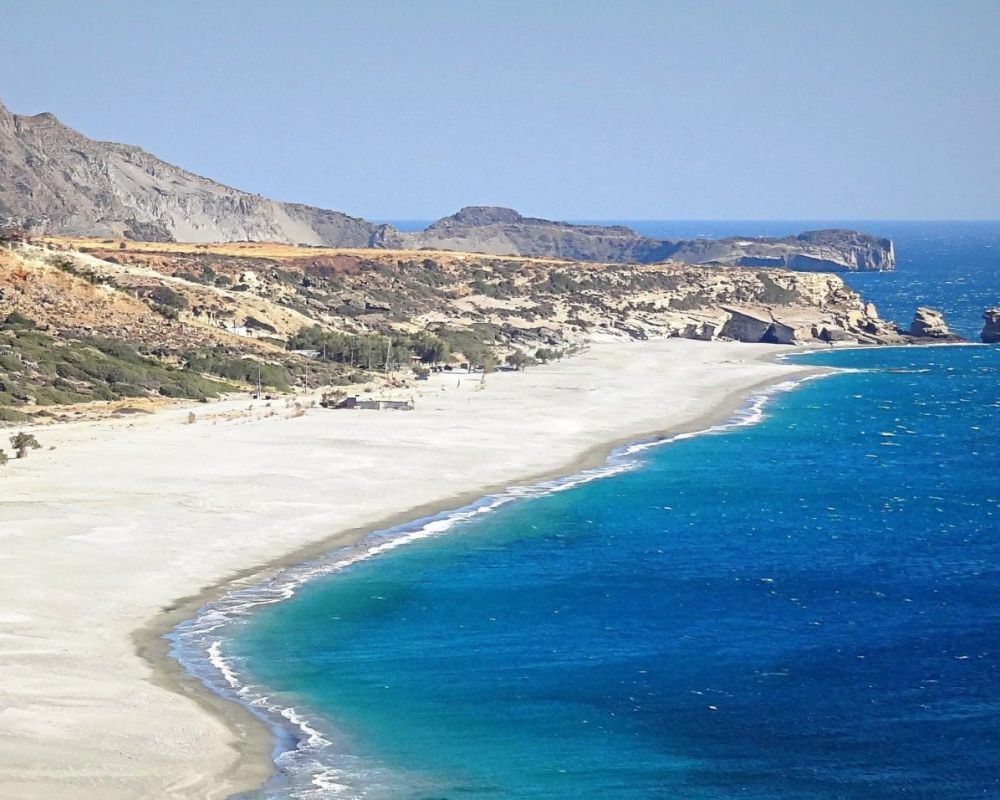 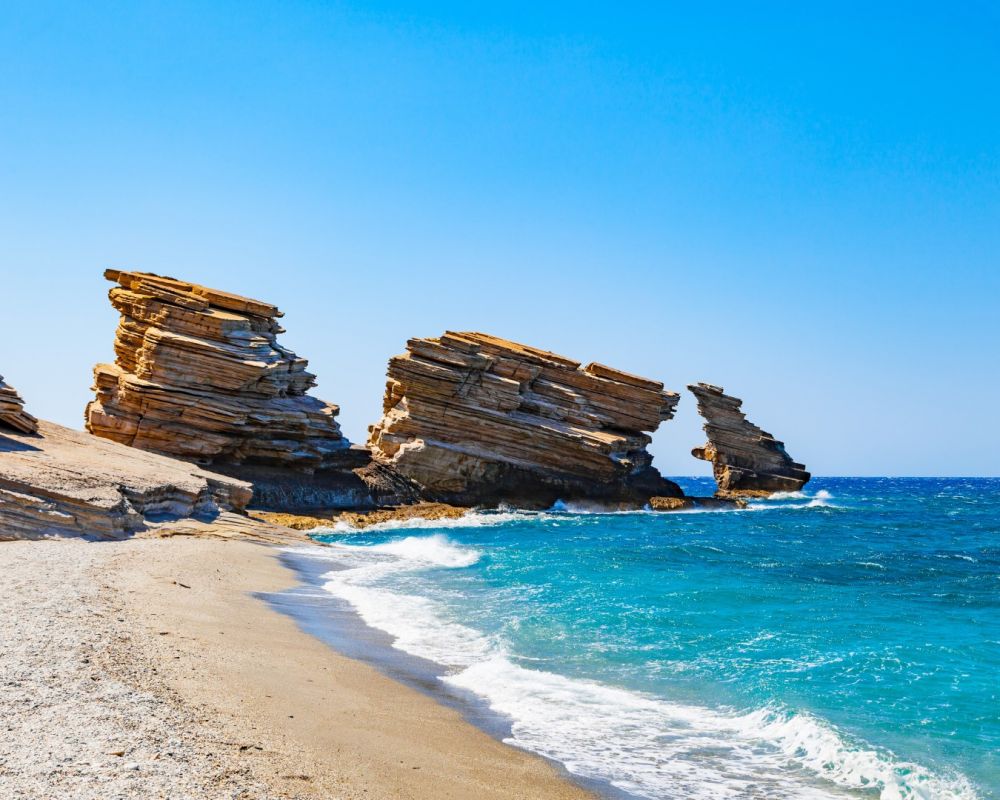 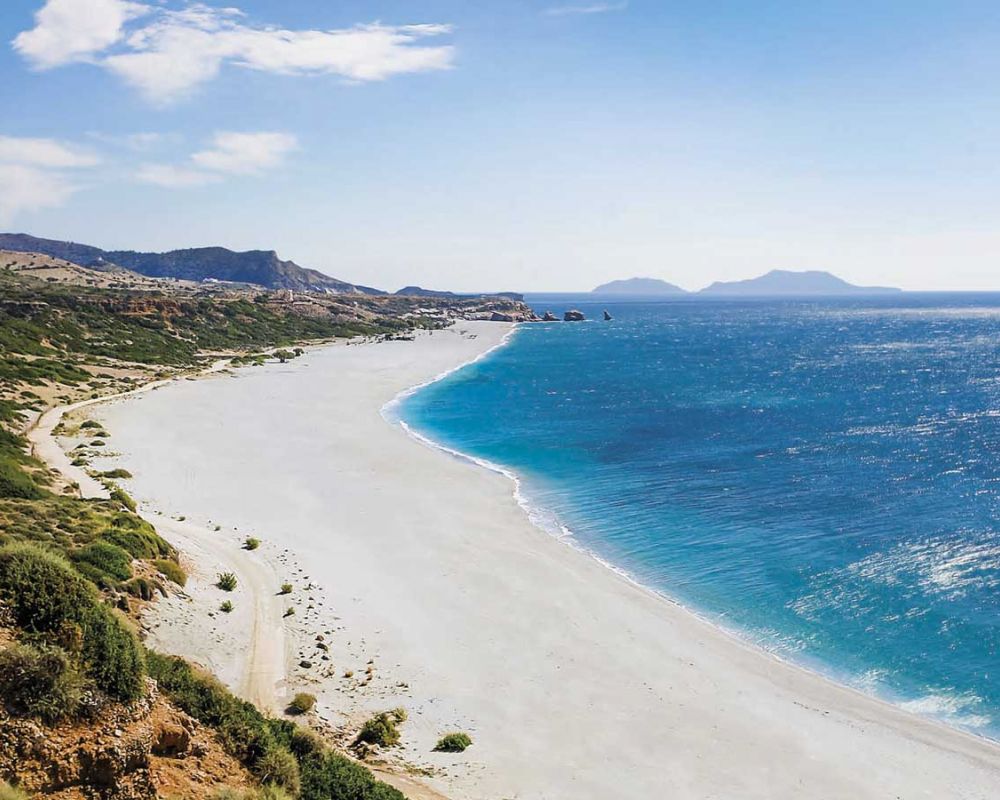 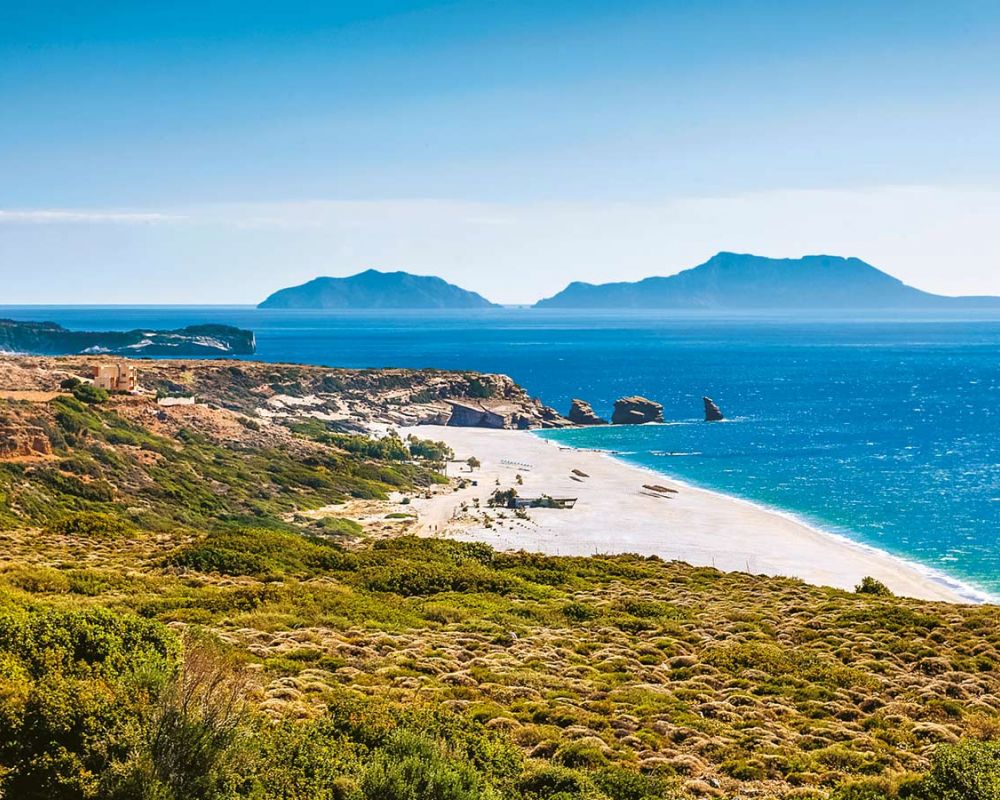 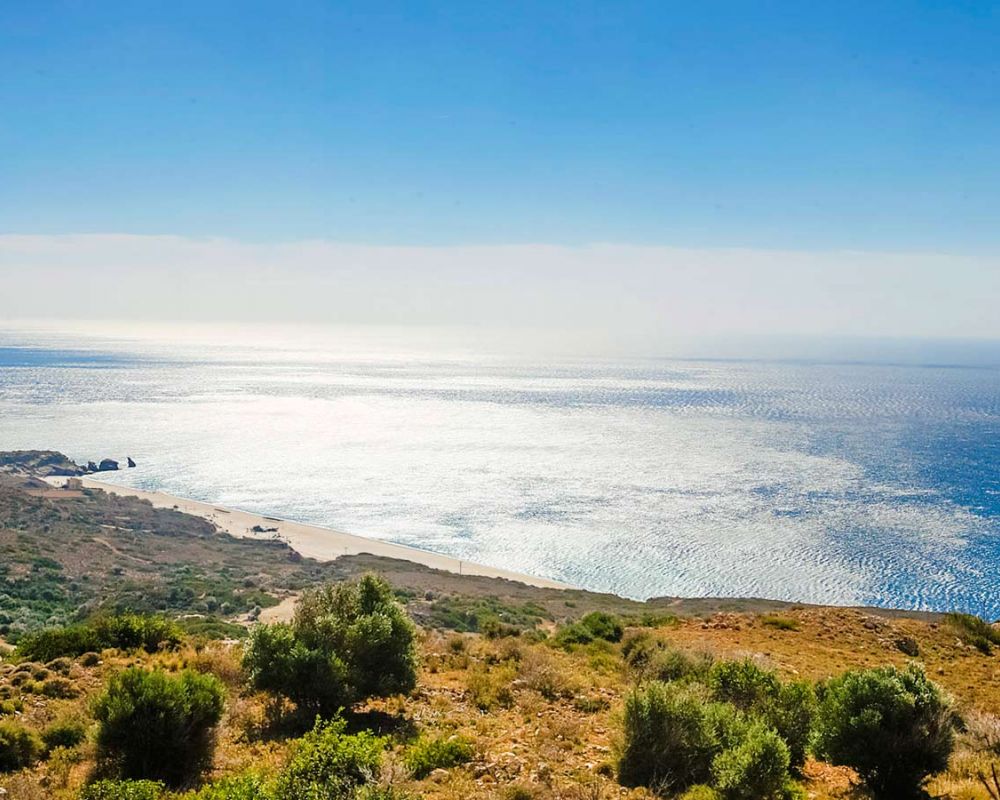 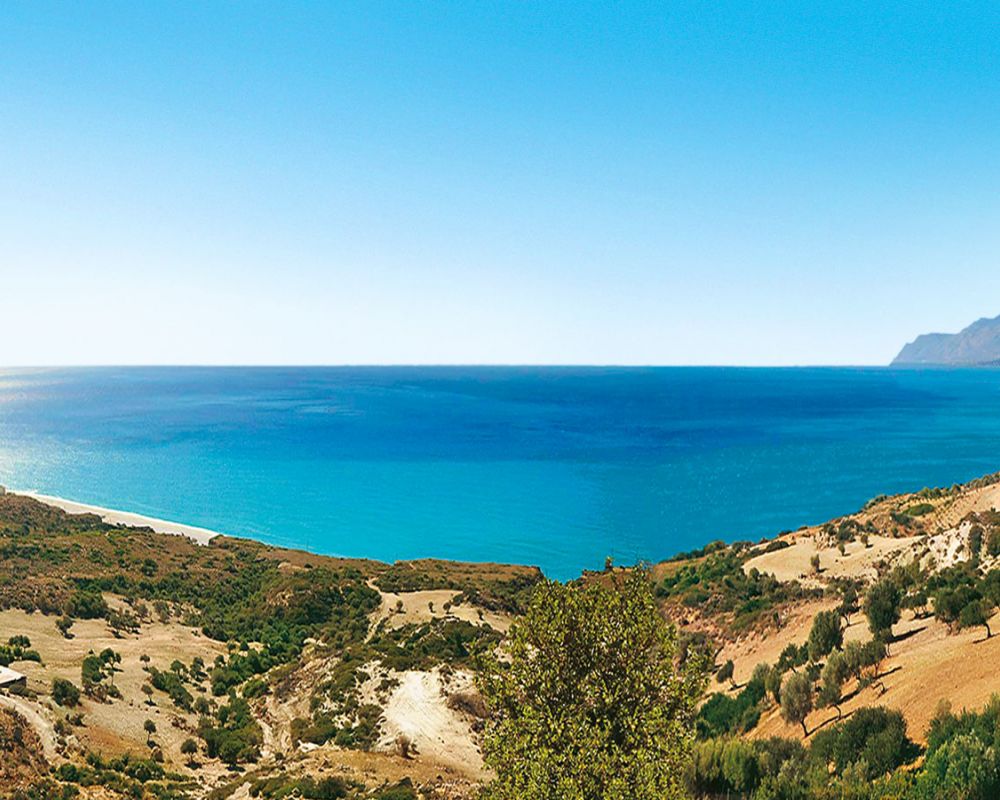 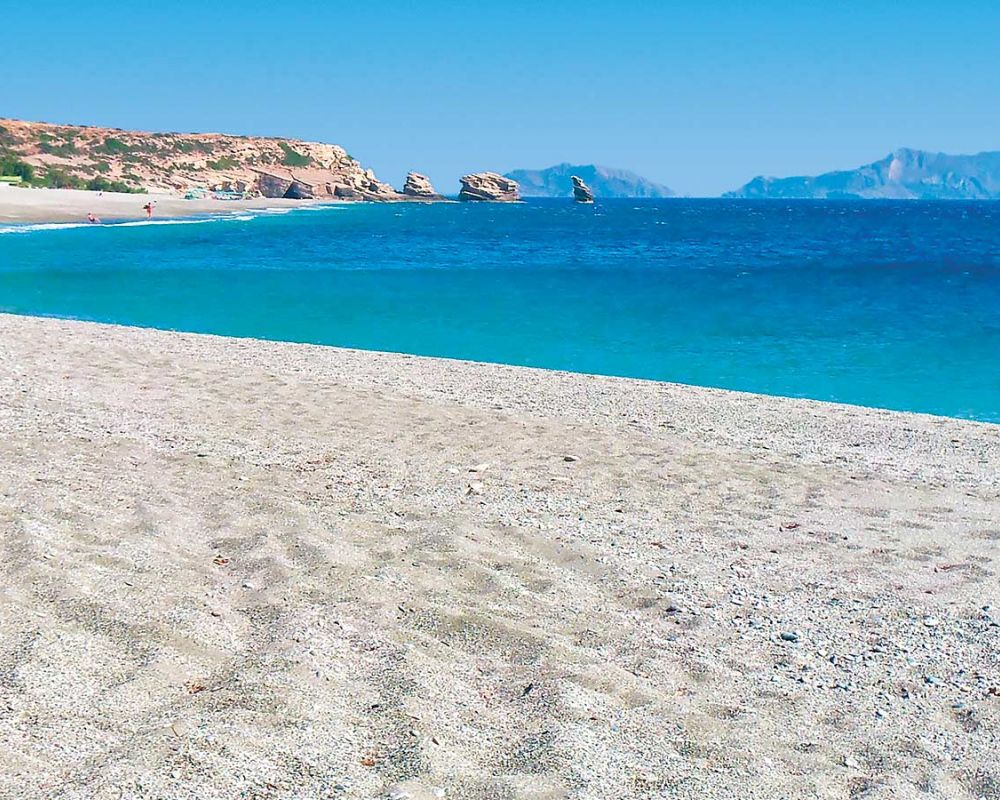